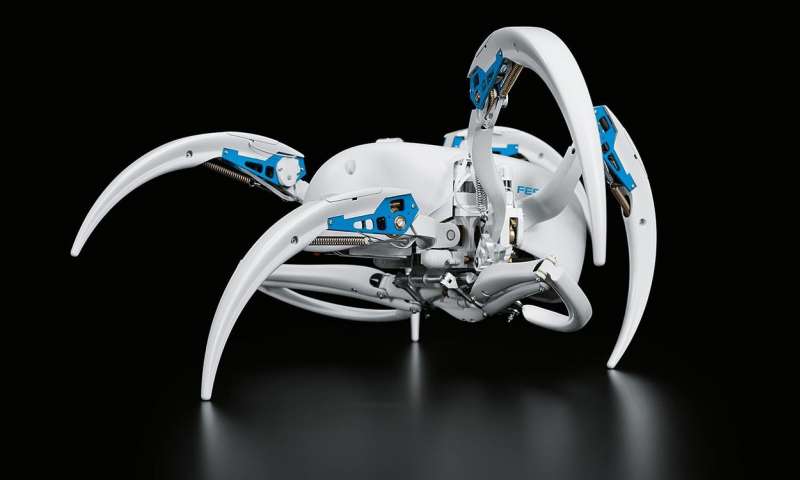 Development Of Spider Robot – Since the technology allows the boundless concept of robotic machine, many people try to actually build one. It gets a smooth start, which then developed into much modern version. In the beginning, spider robot doesn’t look like spider. However, robot makers still keep working to make it happens.

– Why A Spider?
To answer this question, you have to understand that robot is created to do human job. It ranges from regular daily chores to dangerous mission. If you want to build chores robot, then you will focus only on the best command execution. It will be different when you deal with another option. You need to think extra carefully about the movement, control and material.
explore dangerous places.

– Early Invention
If you search “spider robot” online, you might bump to Spider Bot. This robot is created by Axon. At that time, it is not yet designed for exploration purpose. The idea of Spider Bot is a small yet powerful robot. It could lift an object which weight doubles the robot. It could also move sideways, just like most spiders do.

Another invention that might add the inspiration is Robo Hopper. This product is made for pure entertainment. It could jump high, but still has trouble for smooth landing. In the future, the researches made innovation which is to mimic phototaxis. It is a process to identify light and jump to light direction.

– Perfect Goal
So far, you have seen the inspiration of spider robot. What are some qualities that researches wish to have from this robot? Listing them would help to create perfect goal and probably settle timeline for spider robot creation.

First, it should be able to move like real spiders. It means that the robot could detect the surface and react accordingly. The back plane should be flat, so the view is not tilted for the sake of moving upwards or downwards. It must be eight legged and could move freely like the insect. However, the energy needed must be as minimum as possible.

When you deal with robot plan, there must be a valid reason to continue the project. Otherwise, the efforts will mean nothing. Spider robot is created to help rescue process. The early invention, however, is still limited. Fortunately, deeper research of spider anatomy could help to build greater goal to achieve.