Home • Applications, Log • Things You Will Only Get from Legged Spider Robots

Things You Will Only Get from Legged Spider Robots 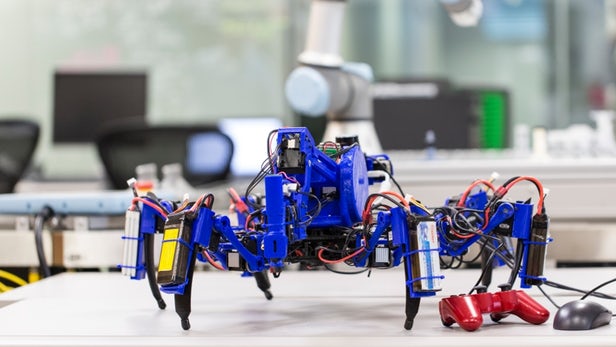 You cannot deny that the robot development has been entering the new stage or the new era. That is because on this modern times you can find many different kinds of robots, though it is not something like the one you saw on the movie. However, among all of those robot types and models, there is one that can be considered as the best of all. At least, this kind of robot has surpassed the other robot models in general. The name is spider robot. Some of those people usually call this robot as the six-legged robot. For your information, there are some things that you only this robot can give, compared with the other robot models. Here are some of those things.

The first one is the perfect mobility on the different terrains. This is something that you cannot deny because legged robots are able to walk in different terrains based on the need. Unlike the wheeled robot that can only walk on the flat surface, this robot will not have any kind of problem moving even on the rigged surface. That is the first thing that you can get on this robot. The second one is the fast movement. Of course, you will be able to move faster if you have six legs. That is something that also has been proven through the development of this robot. If you want to compare it with the four-legged ones, the speed is a bit faster. However, if you think eight legs will be faster, you are wrong. That is because the large number of legs will limit the movement of the robots. That is why six legs are the best option.

The last but not least, this kind of robot can simply rotate in many different angles. If you think about rotating from the left to the right for 360 degree angle, that is something common. However, by changing the maneuver legs on this robot, you can even rotate the whole body of the robot from the bottom to the head. It is the real 360 movements. That means you will have the indestructible robot that can wake up and move again after it falls. This is something that many scientists have thought before. Those are some of the things that you will only get from the six-legged robot or the spider robot. Those are also the things that made this spider robot amazing.